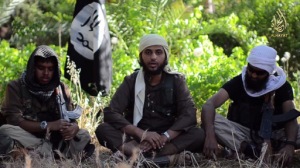 The million dollar question over the past couple of years has been will foreign fighters—two to three thousand estimated from Europe, and lesser numbers from Canada and the United States—who have gone to fight Assad in Syria become a security threat when they return home? They are likely to have learned military skills and potentially been exposed to extremist ideologies and groups—and even more so now with the ascendance of ISIS.

Indeed, now with the emergence of ISIS and their euphoric declaration of an Islamic caliphate, the question also comes of how to stop the flow of those going and what to do with those who wish to return?

The first question of what drives young people to go and join the fight in Syria, and now Iraq, is multi-pronged but it involves for young, disillusioned, marginalized, unemployed or underemployed and discriminated against young Muslim men—particularly in Europe—a deep upset over American and European foreign policy. These young men, and sometimes women as well, believe that Muslims worldwide are suffering—with the West either complicit or doing little to nothing—under totalitarian oppression in places like Syria or under overwhelming force as in Gaza. Going to Syria to fight Assad or now joining ISIS offers a way to fight back and stand up for downtrodden Muslims—an identity that unfortunately many of these young men strongly identity with.

Those who become foreign fighters have become convinced by local imams or twitter feed coming right out of the warzone that in going to join the fight against Assad, and now joining ISIS, they will be embarking on a heroic adventure, a journey to manhood, a path to a positive identity and doing good for oppressed others. And if they die they’ve been led to believe that they will earn all the rewards of “martyrdom” which sure beats any deadbeat life they are currently living. And while women are few in the ranks of foreign fighters there are many young women at home egging their men on telling them they want to marry a jihadi or be the widow of a “martyr”.

Those first fighters who went to fight in Syria against Assad before ISIS was even on the ascendancy often did so with pure hearts and a genuine wish to help their Muslim brethren. Eric Harroun was likely one of these. He was discharged from the U.S. military after a traumatic brain injury. Lost without his military career and after converting to Islam, Eric decided he wanted to use his military skills to fight against Assad for oppressed Muslims in Syria—but he had no extremist bent. Arriving there he told his Free Syrian Army compatriots that he feared al Qaeda and didn’t want to meet any of their ranks. However, in the chaos of war he ended up retreating into what is believed to have been an al Nusra jeep after a firefight in which his FSA fighters were killed. The al Nusra guys—who Harroun at that time may not even have known had been declared by the U.S. as a terrorist group—argued with him to stay—“we are fighting the same enemy, no?” and Harroun did. Later he turned himself into the U.S. consulate in Turkey and was completely open about his time in al Nusra. He ended up flown back to the U.S., arrested and was ultimately convicted. Harroun plea bargained for a lesser sentence but spent six months in prison, some of it in solitary confinement. Upon his release he committed suicide. Not a great advertisement for returning and honesty with one’s government.

Abu Saif from Belgium also went to fight Assad but has now decided to join the ranks of ISIS telling a journalist that his decision to stay after two years of fighting Assad’s troops has a lot to do with Belgium’s policy of imprisoning returnees. “I’m better of in Syria than in prison in Belgium” he states comparing his case to a relative who returned and was immediately imprisoned.

Bilal a Muslim who spent time in Syria also argues that across the board prison sentences are a simplistic and nonsensical approach to returnees, some who went to fight only Assad and not join in any al Qaeda related group. Bilal states that governments exacerbate the situation by saying, “We don’t care if you are with ISIS or Crisis, or this one or that one, whether you’ve been saving lives or taking lives. We are going to jail you when you come back and don’t expect to see the light of day for the next twenty years.”

Indeed, imposing a punitive approach upon all foreign fighters who wish to return—gives them only a bleak choice – prison or keep fighting. Most will prefer to keep fighting and they will, by doing so, attract more to their cause. Terrorists from Chechnya to Palestine told me they preferred to “martyr” themselves, be “martyred” or keep fighting rather than ever end up inside a prison cell—particularly if they had ever been inside one.  Bilal feels this way and I found the same in interviewing terrorists in my book Talking to Terrorists—many fighters faced only with prison will keep on fighting to the death, but amnesty and rehabilitation programs can turn them around.

From his time in Syria, Bilal states, “There are some Brits there that wanted out, I know they wanted out, but they don’t have any place to go. Where are they going to go to exactly? The issue is if they were to leave the ranks of ISIS, so they are going to trade that for a UK jail cell?”

Bilal states that we need to determine “What is a hardcore jihadist-is it anyone with a beard fighting in Syria? Or is it those who have pledged their allegiance to ISIS?”  Indeed that is what a good assessment and rehabilitation program would do—sort through the returnees and decide who is not likely to pose any risk.

And much as they are problematic to deal with, we do want our foreign fighters to return rather than deepen their commitment to the militant jihad because it is not only a question of danger from IF they return. We must keep in mind that foreign fighters are active on Twitter and other forms of social media, have phones and email and can egg on the guys at home to act. They didn’t live in a vacuum before they left and have many “boys” back home to attract to the cause. This happened in Minnesota with al Shabaab and it will happen again with ISIS.

As long as they are active in the militant jihadi mindset they can still influence their disillusioned friends back home from abroad to come and join them OR more threating to us—to commit acts of terrorism at home with their help and encouragement. Witness the case of Tamerlan Tsarnaev who took his bomb-making instructions and much of his ideological indoctrination from Internet actors far outside of the United States.

Keep in mind also that Westerners in the ranks of terrorist groups are often given prominent public positions, as the terrorists understand that using a Western voice to promote the narrative goes far further than a local voice. Witness the previous cases of Adam Gadahn speaking for al Qaeda central and Omar Hammami who carried out a twitter campaign for al Shabaab. We can expect western voices to also arise from within ISIS.

Long prison sentences may deter some from ever embarking on the cause, but will also trap the rest overseas and likely ensures they will go deeper into the militant jihadist and “martyrdom” ideology. Better to let them return if they wish, put them in a rehab program, assess them well for who has gone beyond just fighting Assad and who has innocent blood on their hands and then decide who to punish and who to release and keep watch over those released wherever they return to. This is better than simply offering them all the same alternative—prison or keep fighting. Most will prefer to keep fighting and attract more to their cause.

Anne Speckhard, Ph.D. is Adjunct Associate Professor of Psychiatry at Georgetown University in the Medical School and author of Talking to Terrorists. She was responsible for designing the psychological and Islamic challenge aspects of the Detainee Rehabilitation Program in Iraq to be applied to twenty thousand detainees and eight hundred juveniles.  She also has interviewed over four hundred terrorists, their family members and supporters in various parts of the world including Gaza, the West Bank, Chechnya, Iraq, Jordan and many countries in Europe.

7 thoughts on “Foreign Fighters, the Home Security Threat & ISIS—How to Deter them from Going and How to Deal with Returnees: Long Prison Sentences are not the Answer”